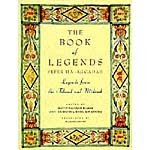 Everyone has a story to tell. Everyone has stories they like to hear. How blessed we are, in the Jewish tradition, to be able to openly embrace our stories and make room for other stories to be told.

In Jewish tradition, we have a Book of Legends (Sefer ha-Aggadah) that come from our Midrashic and Talmudic traditions. Rabbis created Midrashim, or stories, to be able to better understand holy scripture in a way that made sense for their world. Torah text is sacred, and Midrashim gave these Rabbis the chance to try and understand many of the perplexing and challenging issues surrounding our sacred texts. The stories they told were holy and thus became a part of our own holy tradition.

I love telling stories. Whether in a sermon, at a family service, during a holiday, while teaching, or even informally, I find that stories have a means of engagement that go far beyond listing facts and figures. Stories weave together details, fantastical elements, moments of suspense and anticipation to create lessons - - or even just to entertain us. And EVERYONE loves a good story, whether young or old, learned or not, stories captivate our attention and stay with us.

More so, each one of us has a story to tell. Our lives may not be as fantastical as the stories we hear, or read, but they are OUR stories, nonetheless. And these stories are just as holy and sacred as our ancient texts.

As we approach this Shabbat, and pause to reflect on our lives (where we've been this week, where we're going), I urge you to think about your own personal narrative. What have you seen, experienced, learned, gained? What do you hope to add to that winding path that will eventually be the fabric of your tale? What is your story and what would you like to tell this world?
Posted by Elizabeth Wood at 4:32 PM No comments:

A deep, profound loss for the whole Jewish world 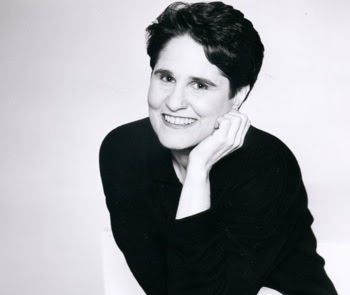 I realized something VERY important when I first began my friendship with Debbie Friedman. I realized that she was iconic. Not because she cultivated herself into an icon, or because she prided herself on her multitude of accomplishments. But because she lived deeply.
And out of that depth came a profound love of Judaism, music, and creativity. Her accomplishments made her iconic because she changed the world of Judaism and how people lived in it. She brought them out of themselves to connect to a greater community by singing, praying, and worshiping together in music they could relate to. She was unafraid to infuse Judaism with her own love of folk and guitar music - and the Reform Jewish world over the last 25 years is so grateful to her for that courage.

On Sunday morning, Debbie Friedman died, and I have been trying to get a grip on the many emotions that it is producing both within me and around me. I am deeply saddened to have lost the friend that I really got to know a few years ago. I am reliving my precious memories of her, sometimes crying and often laughing to myself.

But more than my own personal memories and feelings, I am astounded by the outpouring of emotion that her death has caused. I see it on Twitter, on Facebook, on blog posts, in articles. Whether or not people knew her personally, in passing, or were simply touched by her music, her legacy is everywhere in this Jewish world. The URJ (Union for Reform Judaism) is collecting tribute submissions on their homepage. Her funeral service will be streamed live on Tuesday morning. And NPR did a segment on her this evening, including some of her music.

Debbie was an inspiration for me musically, but also personally. She once commended me on singing her "Halleluyah" at a service she was at, commenting how hard it is for people to perform in front of composers. "That took guts - but you nailed it." As I developed a friendship with her, she would so often hear about my desire to pursue Jewish music and she would say to me, almost annoyed, "So what's holding you back? Do it already. If you love something, don't throw it away..."

Debbie, for me personally, inspires me to live courageously, to live fully, to love my music and Judaism, and my spirit all in the same breath. To thousands that have known her or heard her music, she allows us to live deeply, and to be courageous with ourselves. She changed the picture of Jewish music and really the face of Judaism in the latter half of the 20th century. And she will continue to live on in our hearts, our memories, our voices, and our breath. 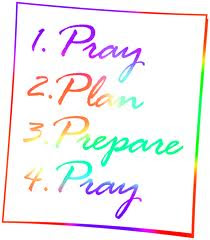 I woke up today with two thoughts in my head:
1) Why do we pray "for" something when we can literally try to *pray* something?
2) If life is all about the big picture, why do we focus so much on the details? How do we find a good balance?

I lay in bed this morning (the luxury of being on vacation) for about an hour thinking over these two things.
I meditated about the things that I want to actively pray - goodness, kindness, love, empathy, compassion, justice, health, peace. I want to pray, rather than pray for, so that the way I act in this world is felt rather than heard. Perhaps prayer does not require us to focus or direct our attention somewhere, but rather to be something, to transform ourselves into the best part of who we can be.

So, too, do we have lives made up of details that create a bigger picture of who we are, who we strive to be, how we choose to live. This morning, I pray love and understanding, knowledge and acceptance of the details in our lives as they transform who we are to who we will be.
Posted by Elizabeth Wood at 11:04 AM No comments: